It’s fair to say that I’ve taken plenty of flights in my life and with different airlines as well. I’ve never though about making a review about one but since I took a flight with Vietnam airlines for the fourth time and I’ve just been experimenting with this blog, I thought this was the perfect time to try to make a review of this major airline in Vietnam and how it compares to the competition.

We’ll see also how in fair to Vietjet Air even if they are different categories of services.

The flights have obviously always been departing or arriving to Vietnam, more specifically from Paris, France to Hanoi, Vietnam.

So they are long haul flight taking up to 13:30 hours to get to destination, knowing that this is a direct flight by the way.

For a long flight like this one it’s very important that the comfort is adequate. Even if we were not riding in the first or business class, the economy class should also be good enough for people to keep using this service.

We took the flight at night for our son to sleep and be less disturbing for other passengers.

Buying a ticket was more tricky than usual. The first reason is that during this time plane ticket were very expensive due to the covid break for airlines.

If I bought my tickets in April I would have pay the regular prices. Unfortunately after 2 weeks the ticket prices rose up to 3 times their normal values picking up the precise date for the flight to be affordable wasn’t easy. Fortunately the website had decent ergonomics for a good experience.

The hardest part was to add the bagage offer that Vietnam airline was offering at that time. It could only be done on the website and with a Vietnamese account, which was not easy for us to find out.

After managing the reservation we ended up buying one way tickets and benefiting double the authorized luggages.

We received an email with a slight change of schedule couple of weeks before the flight, nothing really to worry about. We were going to go to the airport 3 hours sooner as usual and wait inside the airport gate anyway.

I’ve flew at least 4 times with Vietnam airlines and every time it was the same plane : an Airbus A350 or a Boeing 787. This time it was an Airbus and you can tell by the window shade being electronic and the tv screens, Airbus being more modern.

The spaces were slightly tighter than in my memories and the equipment like the arm bar were a bit used in our sit. No way to pull it up without the arm falling back.

The screens and multimedia plate-form needed to be rebooted many times during our flight to work properly.

It seems to me that the hardware must not have been upgraded since many years. You can tell that the airplanes are not as maintained as they were before.

Other than that the movie selection, games and music were good. The selection was wide and popular enough for everyone to find something for their taste.

From my experience, the staff in Vietnam Airlines are always professional and helpful. They usually speaks both the langages and english as well.

There are approximatively 4-6 flight attendants per flight at least in our economy class. Which seems to be enough especially for a flight at night.

Only one meal was announced in the ticket but we had two. This happen to me for my flight from France to Vietnam as well.

For every meal, two or three options are available and every time another flight attendant will propose you some drinks, including beers and wine.

Vietnam Airlines being part of the Sky Team, the services and plane is quite similar. Also most airlines uses the same planes so there’s not much to compare here honestly.

When it comes to the service and food again, it’s really the same more or less. Perhaps some Airlines from developed country are more expensive and have a slight better quality in the food, blankets, earphones, accessories like tooth brush slippers etc.

Compared to something like VietJet Air it’s very different since this airline is mostly domestic and low cost. So there’s no included lunch and the flight attendant dress differently.

The only airline with which I felt a true difference was Virgin Airline for US Domestic Flight. The plane was modern, comfortable and multimedia was top noch at least at that time which was in the 2010s.

Overall, I’ve never had a bad experience flying with Vietnam Airlines, it’s pretty much the same as any other Airlines, the only difference being the food and the staff.

Perhaps some items are cheaper than in other expensive airlines but the prices are also lower so all and all the value is more than fair.

I would personally not take another airlines to go to Vietnam, except Air France, especially not the ones that have a escale somewhere.

This review is for economy classes, I wouldn’t know the difference between the business class of different airlines since I’ve never tried. 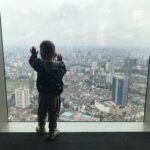 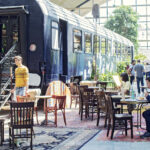