Tini World is an indoor playground for kids and children. Often located inside malls in Vietnam, they are very popular with kids but also with parents.

This service not too dissimilar to attraction parks but for smaller kids and in a smaller scale. Let’s see if spending time with your kids inside this well known franchise playground is something you should try or not.

We tried this playground during Vietnamese Holidays, more precisely between national day : Ngày Quốc Khánh and Tết Trung thu, a Festival aimed for kids. So don’t be surprise if it is jam packed in the following pictures.

We tried a Tini World in Aeon Mall Long Bien, during these holidays the mall was already full of people. I mean the parking was extended and there was a waiting line of car and bikes in the road.

After having dinner early, we decided to check out Tini World, since we already tried Kidzooona before and had a good experience.

We were honestly surprised, because the entrance of Tini World is a bit excentred compared to Kidzooona, so we assumed that it was a smaller version of the Japanese Franchise but we couldn’t be more wrong.

It is excentred because it’s quite big. Actually it’s about 3 to 4 times bigger than Kidzoona and they have much diverse activities.

The services and prices

A Tini World is quite popular in Vietnam, there is probably one in most malls in Vietnam. Now I understand why, this place is big, have a lot of space for children to play and is quite affordable compared to other options.

One big surprise we had, was that for our son Tom who was slightly smaller than 90cm, the entrance was actually free of charge !

An entrance will give you access to every game and you’ll have the option to buy some food and drinks inside as there are real dedicated space to eat.

Since that day the playground was packed, we decided to take a look at the arcade belonging to Tini World located outside the entrance. From there we saw how big it was and how many attractions there was which ultimately enticed us to get in.

Like in Kizooona, you’ll have to remove your shoes and most people in there use socks even though I saw couple of people walking bare footed.

A Tini World proposes a large variety of games compared to other Indoor playgrounds. You’ll have tons of choices for your kids and you can actually enjoy some of the games with your children.

In Front of the entarnce, you have the classic games, like small kitchens, toys, small markets, etc. These games are very popular and places like Kidzooona already have tons of these already.

The propostion that made us came in from the outside was honestly the playground filled with sand. Our son was too young to play with the sand in Phu Quoc at only 11 months. Also we didn’t bought any sand toys at the time cause we were not sure if he was going to play or simply eat the sand.

To be honest at the time he was a bit scared to leave the arms of mommy, but now it’s the total opposite, he is very curious and wants to try to get a hold of everything new he sees. Seeing him play in the sand reminded me of him playing with his food in his bowl. Trying to understand basic physics.

I think the most interesting thing about Tini World, is the manèges, merry-go-round or fairground rides you can get into for free. These rides are technically for kids above 90 cm but with an acompanying adult you can still enjoy them with total safety.

Our son was very interested in the lights that these fairground rides were emitting, even if some of the rides were a bit short and uneventful, the good thing was that you can do the waiting line again to ride them for a second time.

We saw a ride that looked quite fast for the age of our son but we knew as well that kids love to be thrown in the air and turned around with a bit of velocity, so my guess was that Tom was going to enjoy this ride and it turned out to be true. My guess is that throwing your kid in the air and catch him is a form of trust building.

I think the duration of these rides are perfect for kids. Adults likes rides to last for at least 5 to 10 minutes but for a kid, you don’t know if he’s gonna enjoy the ride or not. He might cry, have a tantrum or worst throw up, so getting these rides short is a good idea.

The waiting lines are quite quick anyway but be careful, since most Vietnamese have no concept over waiting lines order. It’s very common for people to cut the line here so be ready to stand your ground.

A Tini World also have classics ball pools and games for very young kids such as children slides. Our son was a bit scared to slide by himself, even though the setup was pretty safe. Perhaps it’s a good thing, because without fear we would run into a lot of trouble, especially as toddlers.

One thing that impressed me about Tini World was the amount of activities, especially the basketball and soccer field. So young kids can meet and play team sports.

They even have a space for fishing and bouldering. Yes if your kid is old enough he can start learning how to climb in indoor walls and all of this in a Mall, the same place where you buy your groceries !

Overall the place really looks like a indoor fair, which is a good thing. Because fair are fun especially when the entrance is at a fixed price and that you can enjoy any activities you want after that.

Tini World is simply the best indoor playground for kids. At least from our experience in Aeon Mall. The diversity of games can’t be matched. The place is so big that it can accomodate many activities including soccer and basketball fields, classic toys and games for children as well as some fairground rides.

The most unbelievable part about this is that for children below 90cm the entrance is actually free ! For 40,000 vnd which is less than 2 euros two adults can spend an entire day in an indoor playground with one kid smaller than 90 cm. It’s actually less than one fairground ride in some countries.

Most adults I’ve seen in there were actually having a good time as well. There are a lot of massage chairs that will cost you only 30,000 vnd for 18 minutes. Vietnamese tends to love this chair.

Personally, I think I would pay the entrance fee for 150,000 vnd so for this experience being free and costing 20,000 vnd per adults is more than a deal, it’s a steal that you MUST TRY ! 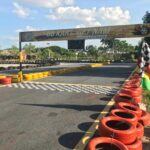 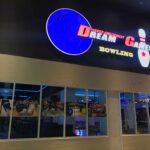