I’ve spend most of my childhood watching Hollywood movies. Later, growing more mature, I started to watch movies for different reasons. If entertainment was the goal while young, later in my life, I was looking at movies as a mean to experience and learn something new, I was looking for growth.

As my favorite professor would say :

“Artists are the people who stand on the frontier of the transformation of the unknown into knowledge”.

Art is an attempt to articulate the unknown. So in this list, I will put the films that touched me the most, leaving me with a lot of reflexion on life in relation with what I’ve just saw and in my opinion, are by this definition real pieces of art.

Burning is one of the best movie I’ve seen in decades. It is very hard to classify Burning in a genre and harder to understand it fully. But like real art, with multiple watching sessions, everything will make more sense, without you really being able to put words into it.

There is something truly magical about this movie. What I’ll just say about it : it’s kind of a thriller about luck, fate, inequalities and envy, the rest you’ll have to experience for yourself.

Parasite is probably the most acclaimed asian movie in recent history. Both winner of the Palme d’or and Best Movie at the Oscars, Parasite is a Vaudeville magistrally orchestrated from A to Z.

This movie is fun and dramatic at the same time, the acting, the tempo, the cinematography are simply perfect. I think there are absolutely no flaws to this movie and it can be appreciated everywhere in the world since it touches universal themes.

Minari is actually an American movie but since this film is mainly spoken in Korean and talks about immigration of asians into western societies, it had to make the list.

This movie is a beautiful and philosophical anthem to men values, the importance of family closeness in asian culture for resilience, sometimes much more primordial than financial success.

The acting in this movie is simply amazing. Witnessing the drama of another family and characters always have a catharsis effect on me. Not many movie have me involved in a character like this one for A-Ho.

In the mood for love is probably one of the most beautiful movie shot on film thanks to the photography of Christopher Doyle. You couldn’t be more wrong to think of this film as a romantic comedy.

This movie is a drama and even people like Alejandro González Iñárritu often leaves the the screening speechless and deeply moved, so be prepared for the longing melancholia as this movie goes deep into the world of adultery and love.

2046 is considered to be the sequel of In the mood for love but in a very different genre. The main character has become some sort of a nihilistic Playboy, writing a sci-fi novel living an hedonistic lifestyle filled with depravities.

There are in this movie some of the most realistic psychological interactions between lovers I’ve seen in cinema. This movie sociologically reminds me of the work of Abdellatif Kechiche somehow, a very accurate and deep dive into human psychology.

Memories of murder is a movie based on real events of a Korean Serial Killer. This Thriller is absolutely brillant in its directing and acting.

I guarantee, you’ll be entirely immersed into the investigation and the end will leave you with a terrible taste in your mouth but for justified reasons.

Drive My Car is the latest great asian movie I’ve saw. Very surprised by the complexity of this movie and the theme treated. I was expecting a cheerful love story between a guy and his driver but not at all.

This movie is quite long and treats a very difficult subject with brilliancy : how to move on with your life from a tragedy. There is so much depth and métaphores to this movie that you’ll probably need to watch an explanation afterward.

Mother is what A Sun is but for mothers plus the famous goofiness of Bong Joon Ho’s characters. Not only this movie is fun and keeps you wondering about the outcome. It’s also a good glimpse into asian culture.

The love of a mother for her son is probably the strongest bond that exist on earth especially in Asia and you’ll be able to witness plenty of it in this movie.

Decision to leave is a hard movie to classify, something along the line of a police thriller mixed with a romantic story. What really makes this movie shines is its story.

The direction is also quite interesting, this is the kind of movie that is hard to grasp on the first view and that with time will surely shows viewers more interesting details. 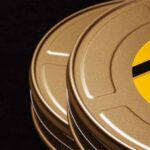 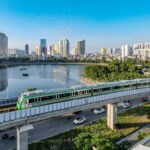