Swensen’s is an american restaurant chain born in San Francisco specialized in serving ice creams. Today swensen offer more than ice cream, even food like lambchop or burgers but not in every store.

In Vietnam it’s mostly about Ice cream and cakes. Let’s see in this review if these icecream are worth your time and are a good deal.

The first time we tried Swensen’s was in Aeon Mall. Unfortunately after the covid the store had to close but luckily for us there’s one in Times City which is just one bridge away from our home.

The location is fairly small which is normal for a place dedicated to desserts also often ice cream can be order to go.

Swensen’s basically look like an american dinning with touches of blacks, whites and reds. It’s very cozy inside and for whatever reasons whenever I think of Swensen’s I thing of a banana split ice cream and whipped cream.

This particular Swensen’s is slightly smaller than the one we tried in Aeon Mall but still more than enough for us. I rarely have seen this place full anyway.

The place is very colorful and cheerful at the same time. It’s definitely a place for happiness and gourmandise as french people would say.

Swensen’s offering is very solid when it comes to ice creams. You’ll find in the menu most of the american classics like Banana split or Sundaes but they also have some asian Bingsu or even Durian ice cream.

It’s fair to say that they adapted part of their menu to the local community while still retaining their famous classics.

When it comes to perfume they have tons of options like classics vanilla, chocolate, strawberry. But they also have the famous green tea flavor that so much asian loves. You’ll find a tons of different taste between those two extremes, so you’ll have plenty to discover each time you come.

They also have some sort of frappés and other offerings. I didn’t see milk shakes on the menu that day on the restaurant even though I saw it on the online menu afterward. Perhaps it was an old menu and they are discontinued now of lack a of demand.

The taste and experience

We’ve been like three time to this restaurant and it never disapoint. I would go as far as to say it’s perhaps my favorite ice cream place to eat and I’ve tried turkish and italian ice cream while in vacation those countries.

I’ve eaten a lot of different ice cream in my life even the infamously expensive haagen dazs in Vietnam and this type of ice cream that Swensen’s is serving is my favorite.

It reminds me of the carte d’or my dad buy in France but with a much stronger taste. In Vietnam if you buy a cheap ice cream the vanilla taste is almost absent, I am not even speaking about chocolate since chocolate made of real cacao seems to be the hardest thing to find here.

But here the chocolate, the vanilla the strawberry taste so strong and so good that it’s almost like eating a concentrate of flavor. This is the american way the taste turned up to 11 and we love it when it comes to ice cream. Even the whipped cream is so thick and rich compared to the product that you can buy in a mall.

We also had the opportunity to try the bingsu which was good as well even though not my favorite. My wife really liked it though, perhaps asians likes more delicate and refined taste. I can personnally enjoy a Kem tươi Tràng Tiền for example but for me it’s almost like a fake ice cream.

The prices are a bit higher than what a Vietnamese would like to spend in a dessert or ice cream, but when it comes to european standard, it’s I would say around the same price as an ice cream you would order in a regular restaurant, perhaps slightly cheaper and so much more tasty.

Swensen’s for me is simply the best place to get an ice cream in Vietnam. To me it’s even better than the ridiculously expensive häagen-dazs.

If like me you enjoy your ice cream very concentrated in taste and I have to admit in fat and sugar, than this place is made for you.

As a european or american, perhaps it’s the only solid option for you since in Vietnam a lot of ice creams are a bit watered down. 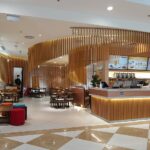 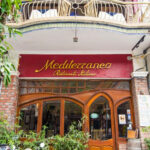