35mm film or 135 is a film originally used for motion pictures when super 35mm (APS-C) celluloïd was the standard for the industry and cameras were shooting 35 mm vertically at 24 frame per second. At this time most photographer were using large (4×5) and medium format (120) for stills photography.

Later on Ernst Leitz (founder of Leica) introduced a more convenient and smaller format using 35mm motion picture film but this time horizontally with a 3:2 aspect ratio. The 35mm format for photography (also called Full Frame) was born and became the standard for photography.

In this article, I will give my opinion on each of the films I will try over the time so you can have a pretty good idea of the results you can get with a lab here in Vietnam.

Every roll have been developed and scanned by Nadar Photoclub or Lab36 in Hanoi. These two labs are both using a Fuji Frontier SP-3000 for their 35mm film scans. Some Cropping and color correction have been applied to the pictures with clean borders.

Kodak Portra is one if not the most popular color film and for good reasons. It have a great latitude, a very fine grain and beautiful colors. Its main feature is to have pleasing colors for skin tones and portraits. This film is not the most affordable but one of the safest choice in termes of rendering in my opinion.

The colors looks absolutely amazing and these tones will never go out of fashion. This film can be used equally for landscape photography thanks to its latitude.

The most common speeds used are :

Kodak Color Plus is an affordable film, with sharp grain, muted color, classic aesthetic and overall a vintage look. It was first introduced as Kodak Color II in 1972. The skin tones are a bit on the pale yellow side in my opinion which can be a good or a bad thing depending on if your taste.

I think the appeal of this film is the vintage tonality of the colors. If you are looking for a film that has this late 80’s, early 90’s look, this film will do the job.

Kodak Gold is a relatively affordable film with extremely warm tones like its name suggest. This film a lot of saturation especially in the yellows. This film creates a certain sun warmth look to skin tones, so much so that all your pictures will have this late afternoon look to it. This film is especially good for places with tons of sunlight which will be translated into warmth.

In overcast day, Kodak Gold can produce some beautiful yellow skin tones. If like me you are into these yellow and green colors, this film will bring satisfaction to your eyes.

Kodak Vision 3 is a Motion Picture film which is manually cut and put into 35mm canisters. This film is neutral, perfect for a natural representation. As a Motion Picture Film, it has a anti halation coating to protect it from the operations of high speed motion picture cameras. Unfortunately because of this coating, the developing cost is more expensive since the chemical can only be used once.

Fuji Color is a film made by Fujifilm. It is an affordable film with the Fuji look, meaning it has a cooler tones than Kodak and the greens are more present which gives it a cleaner and modern look, almost like digital sometimes. It is decent but not as good as Fuji Pro 400H in my opinion.

This film is fairly popular in the East for its beautiful colors on asian skin tones, its character and its price point. Beware some of the rolls can have 24 exposures instead of 36.

Ilford HP5+ is a relatively new film. It is to me the best looking black and white film on the market right now, with the right amount of contrast and details. The pictures coming from it looks effortlessly on spot.

Kodak Tri-X is a famous film used by many classic street photographers such as Henri Cartier Bresson. It is a very contrasty film with good latitude. It has this classic look from old black and white archives pictures. It is a bit too contrasty and grainy for my taste. But with this roll people will be reminiscing classic black and white pictures. 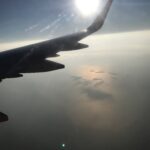 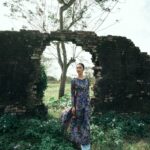